A hangar for the drone on autonomous control with a built-in charging system. Equipped with a robotic drone positioning/landing system. The hangar design allows the drone to take off and land automatically.

Despite the exponential growth of the drone fleet and their varieties, there are very few ‘hangar’-like solutions on the market which are intended to keep, charge and transport drones to the place of operation.

The customer contacted EnCata with just a preliminary concept for the drone hatch, which was acknowledged as TRL-2. The customer, however, had very clear requirements for the future product and we determined in 2017 that there was no similarly complex design or automated hangar system available on the market.

The concept for unattended UAV (Unmanned Aerial Vehicle) operations is simple but requires complex engineering. In the concept, a remote operator/computer commands the UAV to take- off automatically. The drone performs the required mission and transmits data for further processing en-route. Upon completing the flight, the UAV returns to the hangar for charging; and the processed data is sent to the customer/drone pilot.

At the technical concept phase, several essential subsystems and modules were identified. These modules enable key functionality for the autonomous hangar and unattended drone take-off and landing:

Initially (for the EVT,  or engineering validation tests) 3 custom PCBA modules were designed:

Precision mechanics for hangar opening/closing, drone positioning table subsystems, and a custom 200 A peak (500 W power) charger were the particular engineering challenges we faced in achieving the TRL-5 development phase (equal to EVT).

The assembled and tested alpha-prototype (TRL-6) then successfully passed field tests with the customer’s drone system and telecommunication software to achieve TRL-7.

In the DVT (design validation testing, equal to TRL-7 and TRL-8) the electronics were integrated as a large module and some PCBAs were respun. Some minor modifications and DFM were made as part of the DVT (the initial engineering concept and design engineering practices of EnCata concerned manufacturability and cost-efficiency of the manufacturing process)

The drone station was thus ready for further batch production and TRL-8 technology.

When investing in their own drone fleet, many businesses discover that the cost of drone ownership is high and exceeds CAPEX in the UAV. For this reason, specialized drone service provider companies exist, and their significance will continue to grow, even if the automated UAV flight (i.e., without the need of a remote pilot) will become the industry standard. 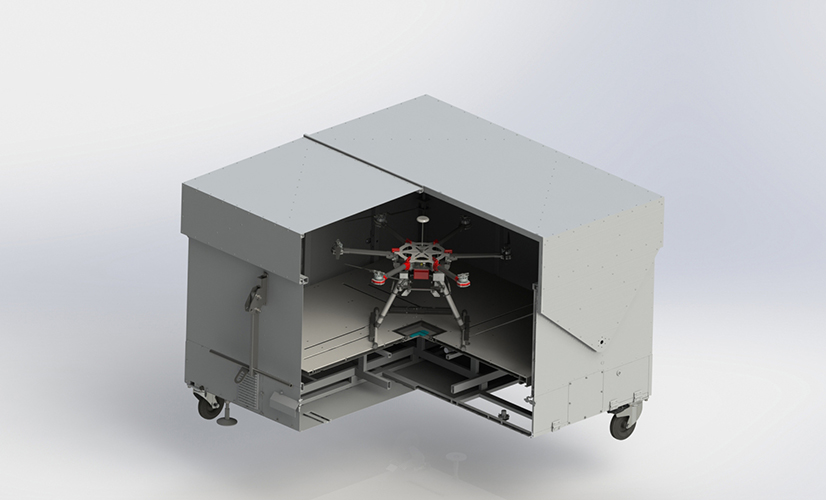 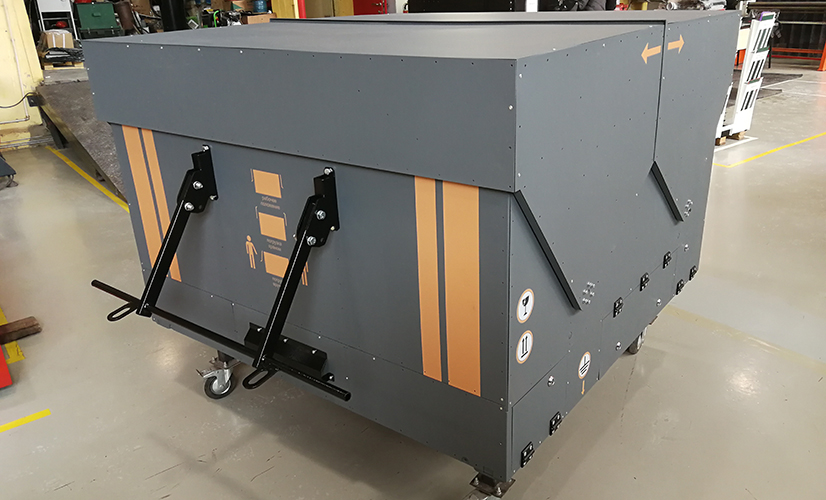 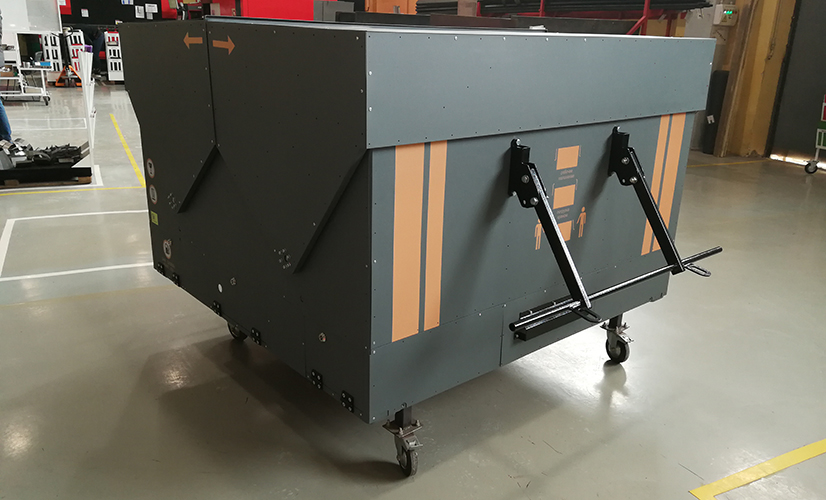 A fully automated drone hatch for the Arctic and desert environment was designed in this project. The startup successfully demonstrated its system to customers and subsequently went into low-volume production of hangars and drones.

is the max diameter/dimension of the host drone

per day can be achieved