An autonomous fulfillment robot with a 50 kg payload for warehouses. The robot has IP-45 ingression protection to operate both indoors and (temporarily) outdoors. 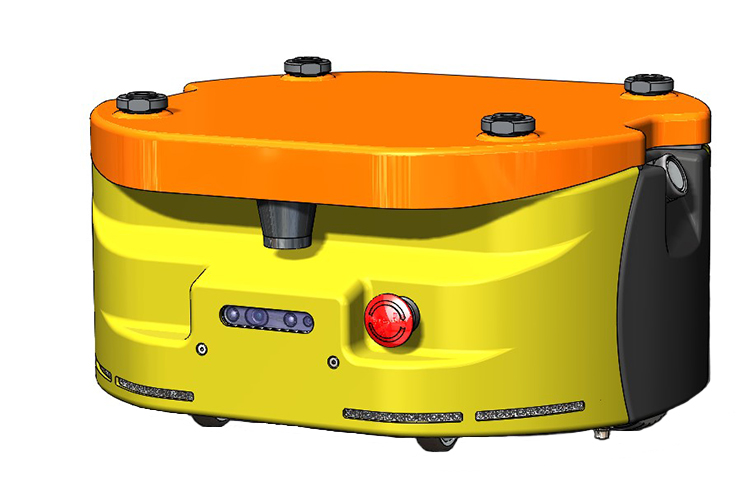 A startup company engaged in industrial robotic automation approached EnCata with a POC (TRL-3) prototype. Their robot does a fulfillment job in warehouses similar to KIVA robots of Amazon and QUICKTRON from Alibaba.

The startup’s team consisted of prominent software and electrical engineers. They engaged EnCata to:

EnCata began the project by refining the concept and conducting robot carriage/suspension simulations to ensure its stability and effectiveness in a variety of situations.

We tried to move away from the typical chunky straight lines of industrial robots and suggested a streamlined clean robot shape, while at the same time having the DFM in mind. Thus the industrial design phase left the customer with the design of the cover made with vacuum forming technology in order to reduce the robot production costs.

We worked closely with the startup team on the electrical development, BOM optimization, and components procurement. The robot implemented several essential components such as:

With the detailed prototype CAD, we proceeded to source components, design tools, and manufacture the alpha.

The robot was then first assembled as a ‘skeleton’ chassis. Components, electronics and wires were added later. The startup team took an active role in robot assembly and wiring.

Following the tests, a mold for vacuum forming was designed and manufactured.  The ‘skeleton’ was upgraded with the enclosure of the DVT (design validation tests).

After the prototype tests, we finished with the DFM, updated the CADs, and produced the documentation/drawings for batch production.

When the load is unevenly distributed on the robot, some motor wheels can detach from the floor, lose grip and slide. Thus the robot’s chassis design has to ensure that all wheels are in contact with the floor even in the case of asymmetrical cargo stowage.

When designing the fulfillment robot chassis, one must implement kinematic and motion simulations as early as at the concept phase to ensure the cargo mass is uniformly administered to all the drive wheels. 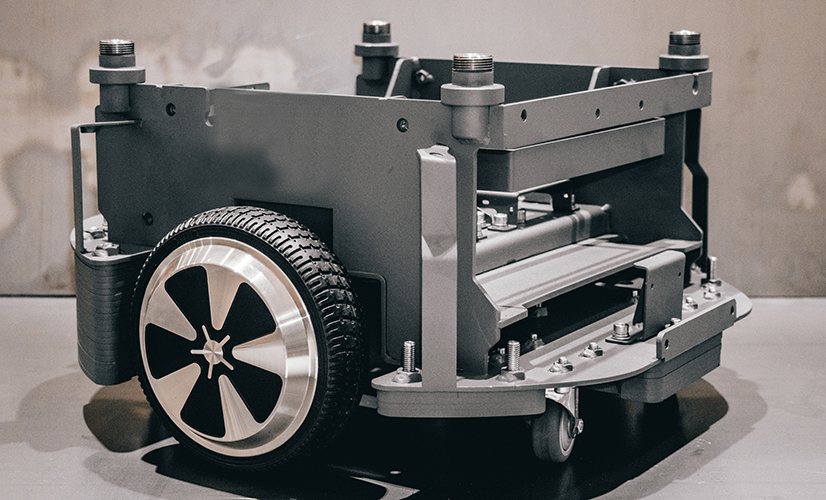 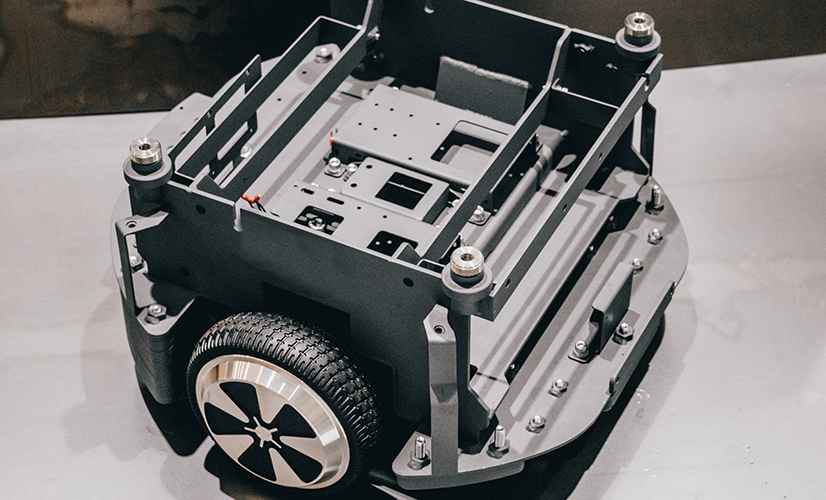 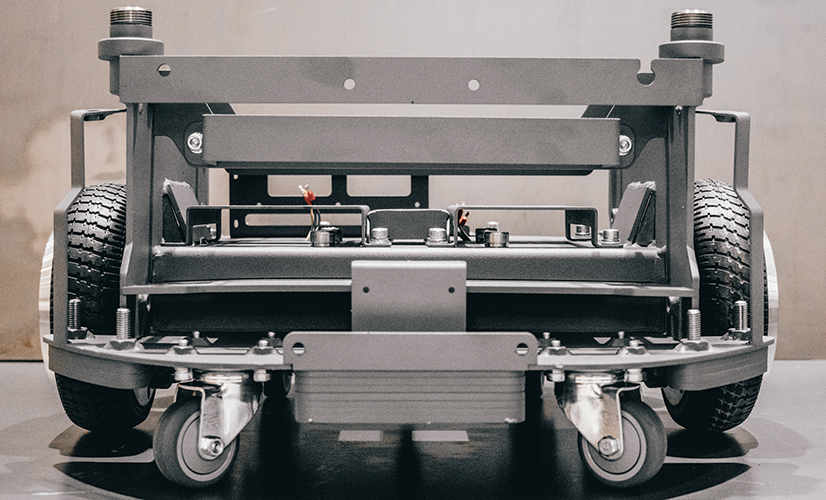 The client made a leap from a proof-of-concept prototype to production readiness level (TRL-8), covering the DFM, and had a set of tooling designed. Work with EnCata allowed the startup to focus on what they do best: embedded robot systems and warehouse/enterprise-level software integration.

months took EnCata to design and manufacture the robot

is the Ingress Protection Code of the robot, protecting it from rain and water jets

is the robot’s designed payload