The project's aim was to develop an industrial design and build a prototype for the antenna. The antenna system is a mobile UHF radio communication system. It's used for navigating ships, as well as radio control of unmanned aerial vehicles (UAVs). The device is installed at a depth of up to 50 meters from the ship. 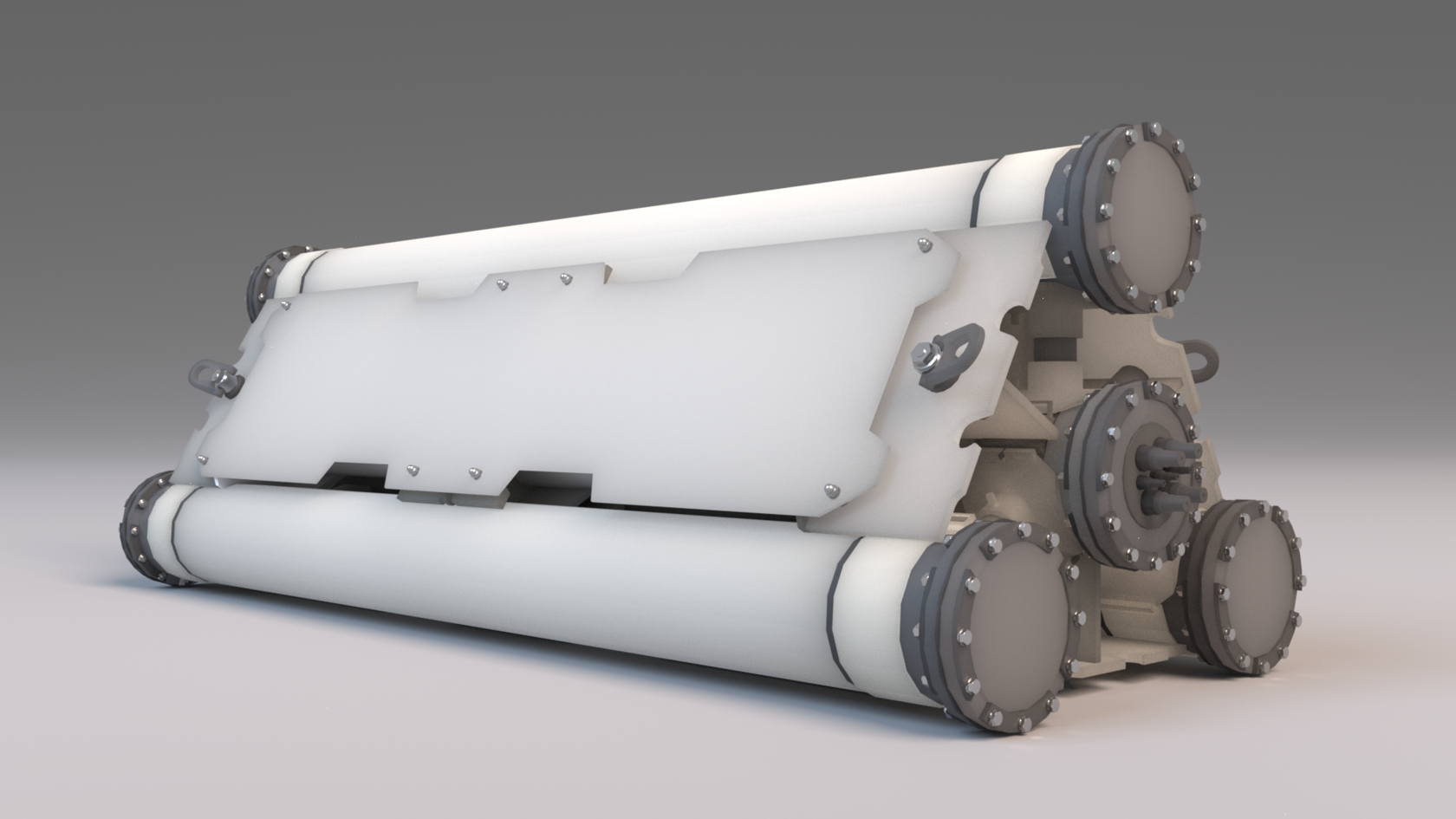 We had to build a leak-proof and robust enclosure which would not interfere with radio signals because the LRET antenna is electricotechnical device that would be buried in water to a depth of roughly 50 meters. The requirements had to be met with the startup’s restricted budget and stringent target production costs.

The primary design presupposed a cylindrical enclosure – just a tube for the whole system that consists of several antennas and electrical modules. However, testing of the device showed that it was necessary to increase the distance between the antennas. According to our estimates, the product will have a positive buoyancy and will not be able to submerge under water if cylindrically-shaped.

Before contacting us, the Customer had already prepared a preliminary device concept and specified the enclosure requirements. Our team was able to jump into development right away, as there were a great number of objectives to fulfill along the way. The industrial designer and mechanical engineer examined the proposed concept. After that, our team suggested refinements and agreed the changes with the Customer.

We picked many solutions for the enclosure material that were suitable in terms of radio-frequency permeability. Then we simulated the enclosure being submerged to a specific depth in order to calculate the thickness of its wall and other load-bearing parts. Our engineers didn't stop there; they also focused on manufacturability. We intended to avoid overengineering in terms of appearance, strength and durability. This leads us not to expensive materials as well as complicated parts in the enclosure design so that there would not be high production set-up costs, such as injection  molding of plastics. We created the prototype out of polyethylene water pipes and sheets that were commercially available.

Prototyping with commercially available off-the-shelf materials and assemblies can save a lot of money. If we had started to make prototypes, design tooling and build the production chain, instead of using standard pipes, then changing the distance between antennas would have crossed out hundreds of hours of engineering work.

The Customer received an inexpensive prototype and began its testing. To reduce the device’s buoyancy, we suggested giving up a cylindrical shape of the eenclosure. It is simple but very bulky. The initial cylindrical design was replaced with separate enclosures for each of the antennas. This resulted in a 5-fold reduction in the weight of ballast necessary to create negative buoyancy. The prototype could still be made of standard polyethylene pipes.

EnCata developed the industrial design of the antenna enclosure. We also manufactured a prototype and conducted testing, which the developed prototype successfully passed. The Customer received all of the design documentation as well as a working prototype.

Immersion depth of the device

The prototype fabrication costs are reduced by 300%