The detector registers and sends a rodent presence report in mandatory control areas: catering, food production, farms. A rodent bait is placed inside the detector. As soon as a rodent enters the detector, a sensor is triggered and a message is sent to the cloud. The message contains data about the state of the detector and a count of registered rodents. 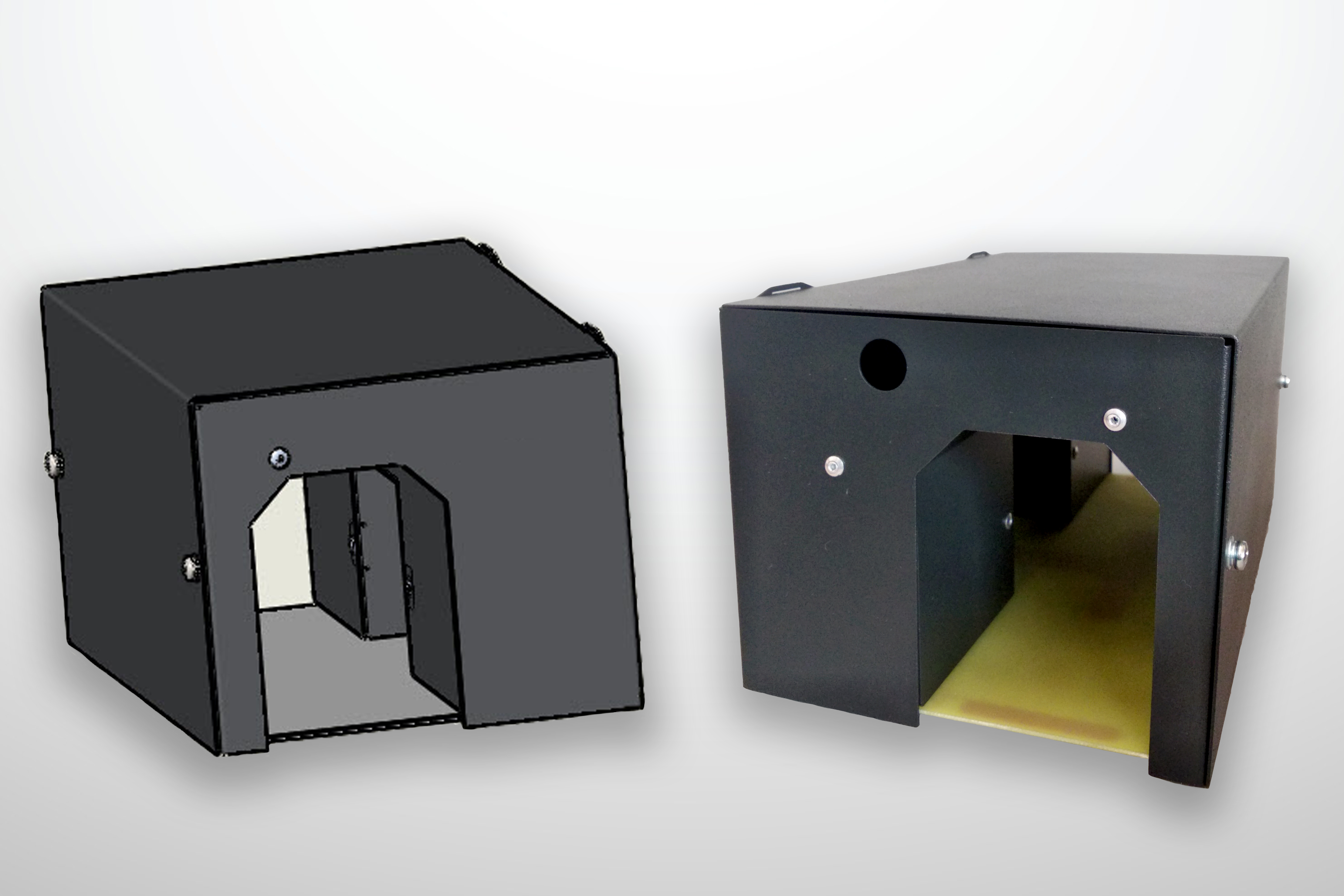 A startup company had the idea of creating a device for counting the rodents living in a monitored object.

The startup company came to EnCata with а suggested technology to use in this device. They wanted to use an ultrasonic sensor for rodent detection. We tested this way of working the detector and realized that it doesn't work exactly how the Client wants it to work. This technology performed the main function of the device, but it did not meet the characteristics that the detector was supposed to have.

In order for the device to be suitable for use in enterprises, it should have met three conditions:

EnCata came up with a new solution for this device. We decided to use a different detection principle, based on the detection of rodents by their movements. It turned out to be much more energy efficient and less expensive.

In addition, the use of the sensor allowed us to increase the rodent detection area inside the detector by placing the lower circuit board across the bottom of the detector.

First, we had to make sure that our concept worked. At the POC stage we used a circuit board, developed by us, and a cardboard box we placed the hamster in. A sensor placed at the bottom of the box detected the rodent and gave off a signal.

This convinced us that the technology worked. Next, we developed an electric circuit that allows us to efficiently transfer data to the customer's server. The electric circuit was implemented on the basis of a NB-IOT technology; the printed circuit board in the device is placed in the upper part. It provides a power-saving mode when operating in the mobile network. The layout of the device was worked out and the electronics were adapted to the size of the device. The electronics inside the detector were also protected from possible damage by rodents.

As a result, we had created a prototype to test the engineering solutions and assemblies, which we later demonstrated to the Client. When developing the electronics, we used a modern element base to achieve the required parameters of energy saving and functionality.

When selecting a technology for data transmission, the end result of using the technology should be considered. You can choose sensors for IoT, which will be non-standard in this situation, but will give the desired result.

EnCata handed over the first prototype mockup to the Client to evaluate and test the selected solutions. On its basis, the device was further developed according to the customer's wishes, the firmware was updated, functions were added, and the first batch of 10 prototypes was produced for testing in different locations. The project is in progress.

to manufacture the batch of 10 prototypes