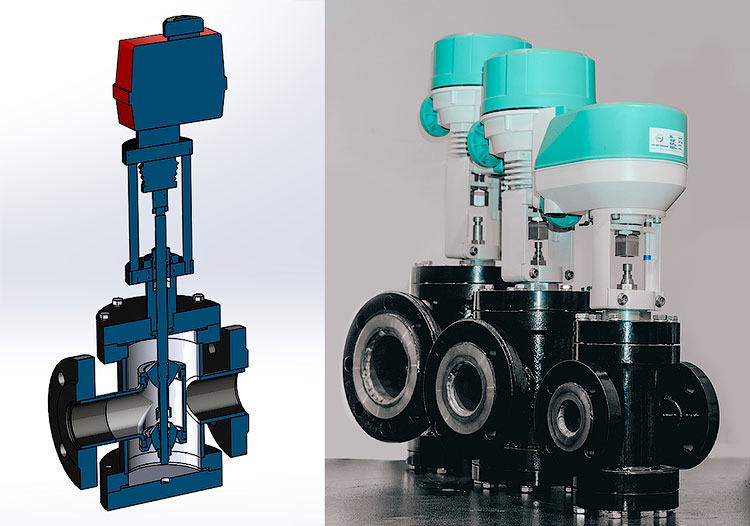 Hot water consumption is characterized by significant irregularity in both residential and industrial environments. In residential houses, hot water is kept under circulation in the piping system in order to compensate heat losses and provide hot water at a tap. While the data on heat calories produced at a boiler or at the heating plant is available, the data on heat losses at the end of the hot water pipe is literally missing. This big unresolved problem is due to extreme metering complexity and a multitude of factors affecting the heat losses between the power plant and the end-user.

It was estimated that 10% of hot water consumption was associated with additional necessary circulation of heated fluid. However, the real scale of the circulation flow rate in the pipelines in hot water supply systems significantly exceeds the estimated value and totals 40-90% of the flow in the delivery pipe. This additional and necessary circulation is measured to be 70-500% of the water consumption of the residential house hot water supply system.

So the task was set for EnCata to develop the hot water metering technology-based industrial IoT (IIoT) in order to achieve precision metering in terms of hot water volumes, temperatures, and thermal energy consumption.

With the R&D goals set in place, the project was identified to be at TRL-1..2 (idea stage with some potential theoretical algorithms suggested).

EnCata started to develop the new measurement technology, which would enable both precision metering and temperature sensing with efficient feedback to the valve system. The algorithms and physics are based on the equations of the balance of thermal energy and heat carrier.

The research was executed in stages, starting from the applied thermophysical research and core algorithms development on top of the thermodynamic and fluid dynamics theory.

This research and successful concept development led to the design of 4 different electronic boards as part of the EVT (engineering validation testing). These PCBAs and the firmware were further used in verification and tests of the developed algorithms. In total there were 6 algorithms developed in order to fit the control and monitoring system into existing infrastructure and achieve precise control over various temperature and thermodynamic parameters of the industrial hot water supply.

The development cycle of such a project is extremely long: 5-7 years because one cannot test the hot water metering system during the “cold” season when the district heating system operates.
The project took 5 years. This crucial constraint led us to plan the R&D and development work peaking in late winter and spring and commencing prototype installations and tests in summer and fall.

The designed electronics are based on the MCUs of the STM family. The PCBAs enabled the regulators to work in tandem with the heat meter through the heat communication channel.

The regulator and the heat meter are interconnected by the RS 485 digital information channel. The controller has several tunable PID control loops, and also uses an algorithm for regulating the supply of thermal energy based on its consumption data (obtained from the connection with the heat meter). For calendar control of heating modes, the board has a real-time clock, calendar control parameters are set by means of user embedded software.

To implement the measurement data archiving, there are two EEPROM devices on the controller board. Data access is provided via the RS-485 interface, which can be used when the controller is turned on in the SCADA system. Controller parameters can be set locally, via the operator interface, or remotely, via RS-485.

First tests (TRL-5) suggested further refinements in the algorithms which took several months of further R&D. The challenge was to achieve precision in regulating the release of hot water based on consumption data (obtained through the communication with a heat meter).

A special test bench was developed for the performance monitoring controller PCB. The bench forms test actions on all physical inputs of the regulator and controls all its output actions. A special test firmware for the controller has been developed for the operation of the test rig. The control of the bench is carried out from the service program for Windows through the USB interface of the PC. And the bench uses the STM8S207 microcontroller.

Once the algorithms were recalculated and updated, several regulation valve designs were developed to accommodate the sensors and metering system. The mechanical engineering of the valve design was supported by an array of CFD virtual simulations in order to achieve linearity in plunger pin displacements vs hot water flow. The simulations were compared to previously achieved experimental parameters and once the “ideal” profile corresponding to a particular mechanical design was calculated, EnCata proceeded to batch produce prototypes for the pilot.

During the pilot, the integration tests aimed to prove the system can automatically adjust the heat/hot water flow and balance the energy consumption (which is not allowed by any existing related temperature regulators). 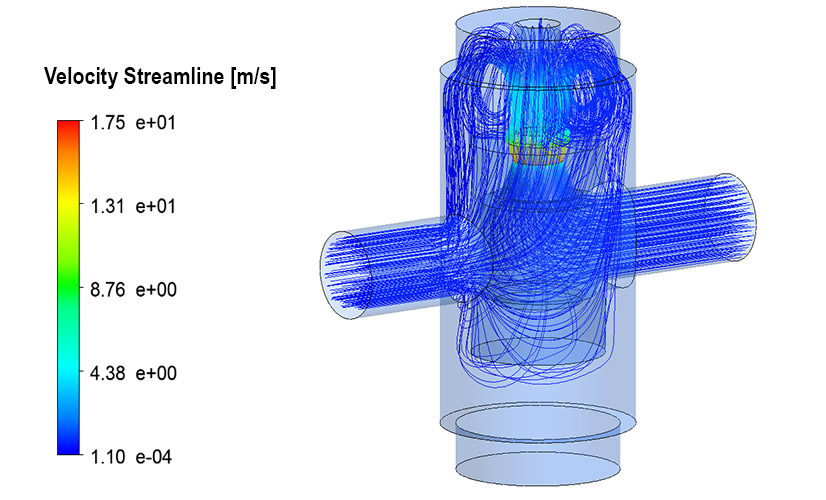 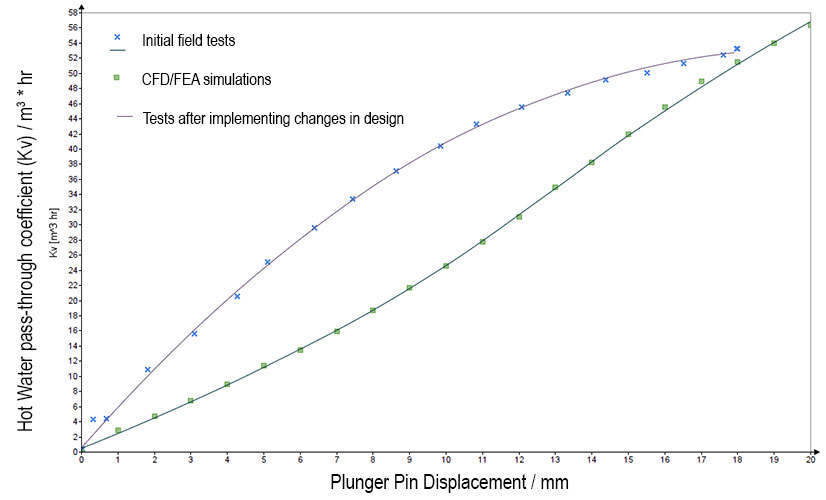 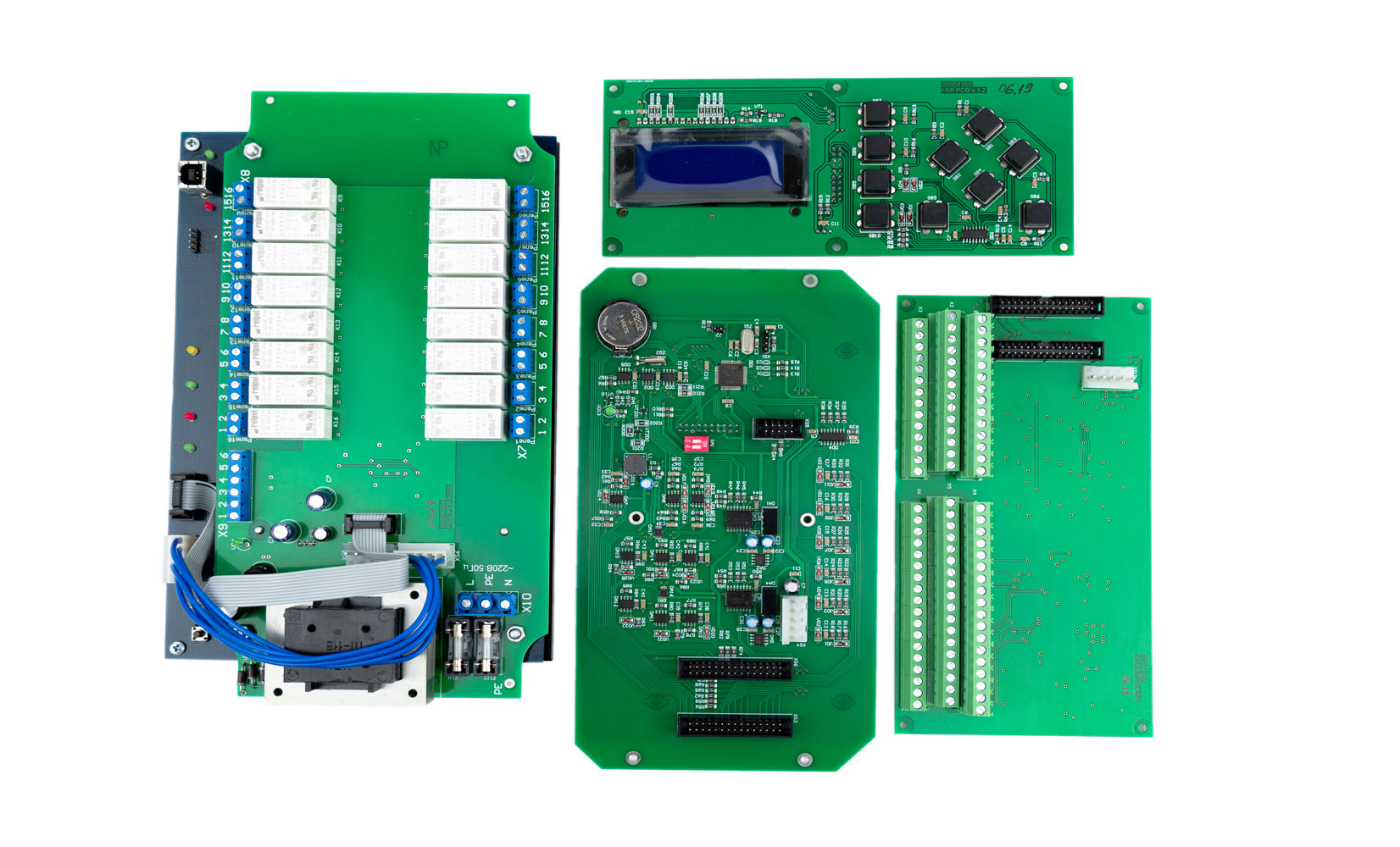 Overall, this long R&D project was moved from TRL-1 to TRL-9 by EnCata. The system is currently in the batch-production phase (TRL-9) and the systems are being sold to industrial users.

The developed solution, in addition to direct cost savings in heat energy utilization, replaces standard heat meters which must be calibrated every 2-4 years. For calibration, standard heat meters should be dismantled and brought to labs, which is labor intensive and costly.  The embedded algorithms and physics of the solution makes calibration unnecessary due to mathematics and system design.

Next generation design is already planned where newer (optimized) PCBs, components, enclosures, and custom valve regulator will be used.

USD in cost savings PER YEAR achieved in a city with 2.0 mn citizens using the developed hot water monitoring system