An electric skateboard is designed for simplifying short-distance travel around the city. The device is a reliable, eco-friendly, convenient, and intelligent type of urban transport with the possibility of integration into urban infrastructure. 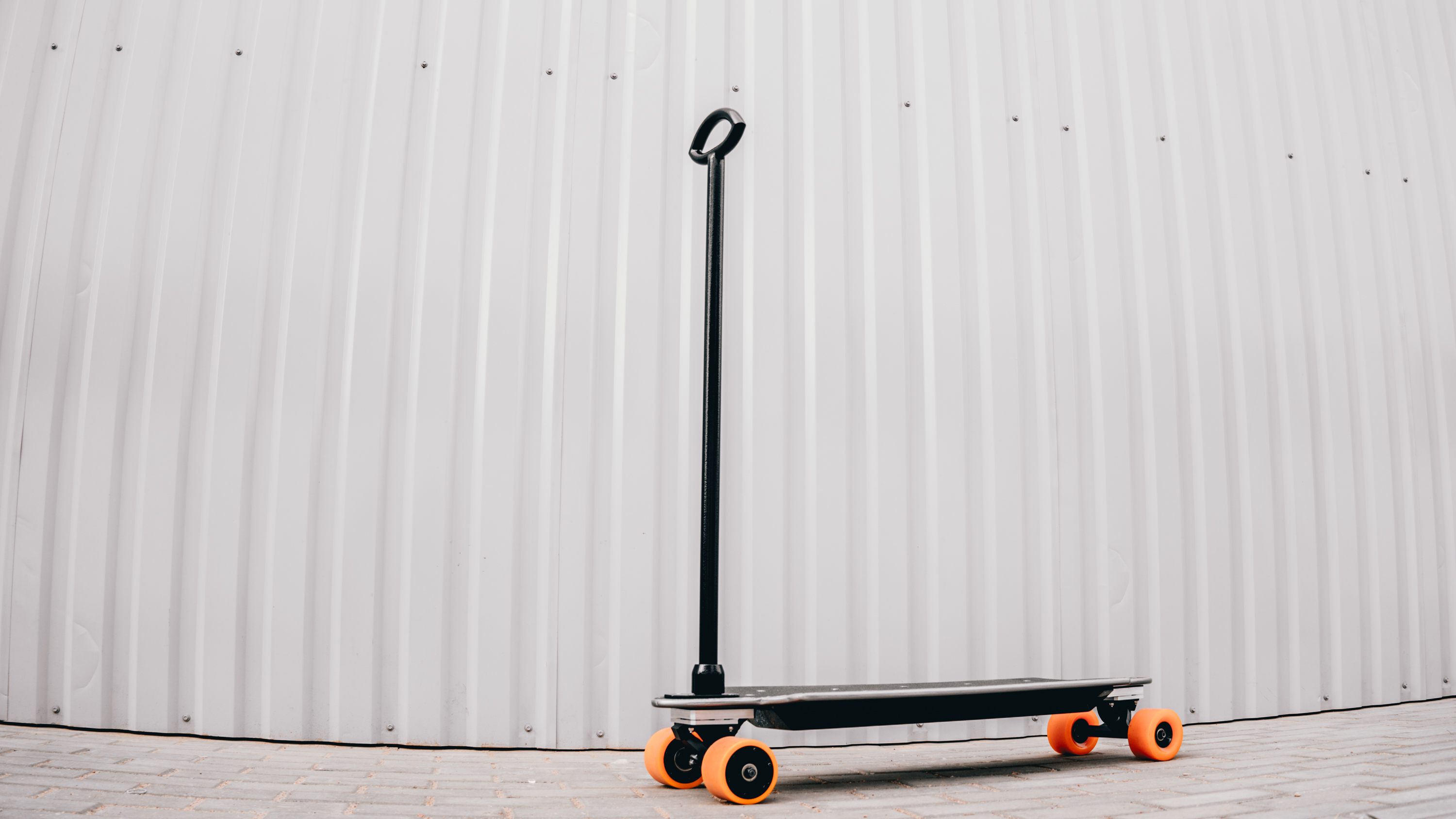 An electric mobility startup came to EnCata with a crude proof-of-concept prototype, willing to complete the R&D of their advanced electric skate platform. The POC stage demonstrated the basic principle of speed control with the rider leaning forward to ensure skate acceleration.

The task was to design a reliable, environmentally friendly, convenient, intelligent form of urban transport on top of the existing POC with the possibility to integrate it into urban transport infrastructure. Special emphasis should be on physical algorithms development which would allow smooth and safe control of the ride.

Concept. The development started from the concept design, which was addressing various ambiguities in the skate user experience, functionality, design, and specification. URBY concept greatly differentiated from the competitors, which rely on the remote control or joystick to control the speed/acceleration.

Typical use-cases account for a city resident that travels distances (to an office, gym, a grocery store). The skate should allow riding in parks, paved paths, sidewalks, and even in buildings. The weather conditions were also taken into account: the skate should be able to operate at -20 ℃ (-5 ℉).

While developing the concept, we suggested designing a hybrid electric skate/scooter on top of the skate platform. Thus the skate can have a detached / foldable handle which will provide comfort for less experienced riders and benefit those who would like to drop the skate in the car booth or take it to the subway.

Development. Upon completing the concept development EnCata engaged in the new skate platform engineering, which entailed the design of:

Weighing/gravity module. The initial prototyping and development started from the gravity module. The module incorporates strain gauges in the chassis that measure the axle load and (by the load ratio), the board either accelerates or slows down. I.e. with forwarding pressure, the skate platform starts to travel forward, with a backward deviation - it slows down.

It required the development of a whole kinematic model of the ‘skate + rider’, which was further integrated into the embedded software running on the microcontroller. For safety reasons, the skateboard starts moving smoothly; when speed is gained, the rider gently eases back so it is intuitive to maintain the speed.

The gravity module is integrated with the main controller, which was built upon ESP32 from Espressif Systems. The main controller electronics provide Wi-Fi and Bluetooth modules. Wireless IoT connectivity affords future board (re)configuring and allows to simplify data collection for further R&D.  Wi-Fi and Bluetooth run on the MCU processor, whereas all the basic algorithmic calculations (e.g., speed calculation) are performed separately, which ensures a high degree of security.

Object-oriented firmware programming enables fast prototyping and new features and algorithms release. For example, adding a display does not require major changes to the code. With the future product line in mind, firmware becomes less of a pain for anyone to take over the newer versions development.

Embedded Software (firmware). When developing firmware for the skateboard we used an object-oriented programming approach enabling division of the firmware into components, which, in turn, greatly facilitates future modification and addition of new features.

Battery pack. We considered the option of creating a proprietary battery pack either on the basis of separate flat Li-Po or using standard battery cells (for example, 18650) - this option has proven to work well in electric bicycles and electric scooters. Design of the custom battery pack allowed to reduce the BOM cost, and also reduce the size of the battery (its height), which is one of the critical parameters, as it directly affects the e-skate performance. The battery pack was designed so it allows you to charge it

URBY design also provides the ability for the rider to quickly replace the battery - an important feature from the maintenance and user experience perspective. For example, one has two batteries: one is charged at home, the second is used in a skateboard.

While we did not proceed to develop prototypes of the charging station, its technical concept and industrial design were developed. The base station is designed to be located on the street and enable automated electric skateboards rental service. A station measuring just 1.2m x 1.8 m x 1.5 m will be able to accommodate several dozen skateboards.

The base/charging station concept is designed with mobility in mind (it can be transported from place A to B in a car trailer). This solves a sore point of any agile scooter/bike rental service problem: in the morning people usually travel from suburbs and outskirts to the center, and in the evening in the opposite direction, with a mobile base station it will be possible to provide an expedient and flexible skate rental service at locations demanded by urban traffic.

Designing an electric vehicle that suits both the B2C and B2B models is a challenge, as one has to fulfill the demand for great design while delivering serviceable functionality and features.

A Wi-Fi module is provided as a backup connection channel in the board, with its help a search is made for the current location of the board. The firmware update for skateboards and base stations will be carried out via the radio communication channel (OTA).

Base stations will be combined using a P2P network based on the Telehash protocol. As a DBMS, a centralized solution based on the PostgreSQL DBMS will be implemented. One can find the nearest base station, as well as book and pay for a skateboard using the mobile application. 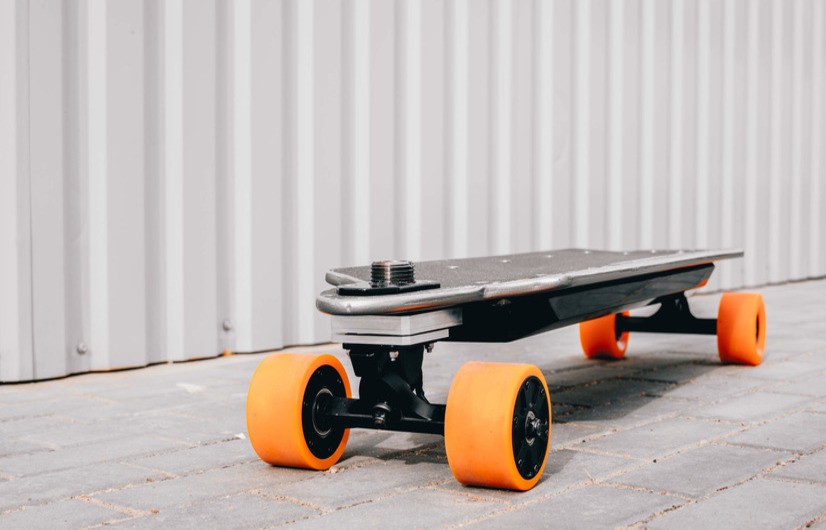 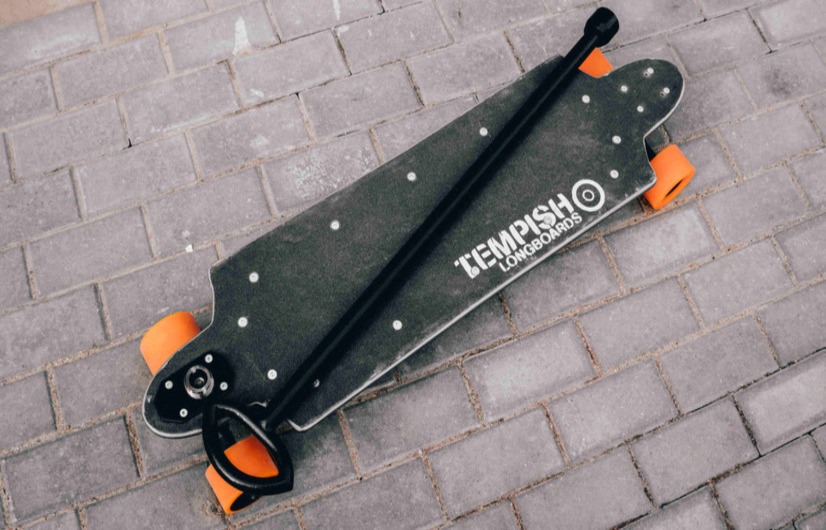 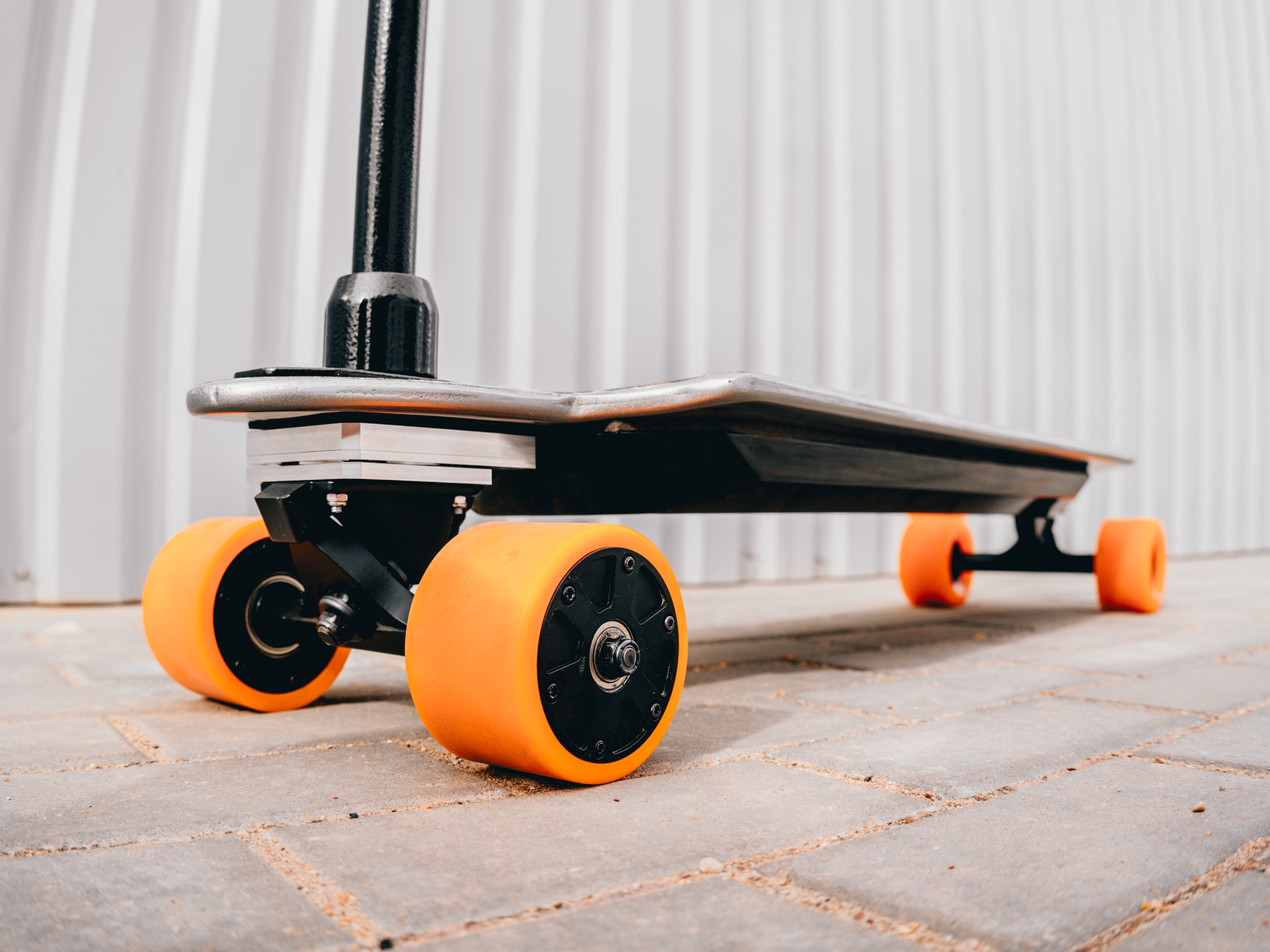 The project took 9 months and went through concept development, with successive Engineering Validation Tests (EVT). A whole range of custom modules was engineered that allowed to decrease the BOM cost and optimize the performance of the innovative e-skate platform.

The project entered the design validation testing (DVT) with a skateboard weight of 7 kg. Further design enhancements will bring the weight down to 4-5 kg. The startup currently focuses on fundraising.

weight achieved, which is 2-3 times lower to that of in inferior competitor products