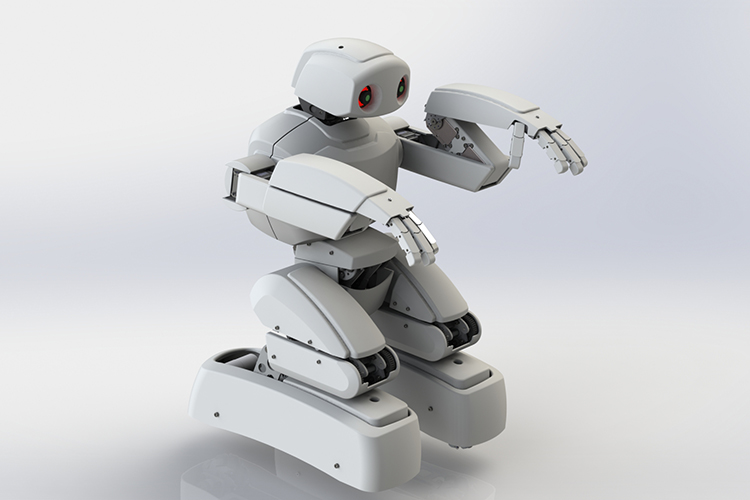 A robotics startup dealing with an educational robotic platform came to EnCata with a POC (proof-of-concept) prototype of a new humanoid robot. The POC (TRL-3) robot prototype was already paired with the startup's proprietary educational software platform via it’s electronics.

The challenge was to industrialize the robot design and enable the robot to perform a number of ‘humanoid’ moves, while keeping the robot’s Bill of Materials cost (BOM) as low as possible.

The industrial design for the robot was one of the highest priorities on this project: it had to look nicer, friendlier and more futuristic to appeal to the wider audience in high schools and post-secondary  education.

Several variants of the industrial design, defining the robot's appearance, were suggested in sketches and renders at the beginning of the project. The approved design was used by EnCata's robotic engineers to further refine the robot’s dimensions, functionality vs BOM.

In order to both reduce the robot’s mass-production costs and increase its reliability, we suggested using a whole metal frame made almost entirely from sheet metal with  robot covers made from vacuum-formed plastic. These DFM decisions lead to a 70% decrease in production costs.

To achieve desired functionality, a new 4-finger hand grip was developed. Furthermore some mechanisms were subjected to kinematic and stress simulations. The ‘hand design’ was quickly validated through prototyping and tests, and was implemented in the robot assembly. Thus the robot became capable of performing some simple tasks (bring, hold, open).

Concurrently, the electrical engineers designed the custom hub PCBA that controls actuators and servo-actuators. The Raspberry Pi served as a control board, controlling the entire robot and providing wireless communication for the robot. While the startup concentrated on software development, EnCata worked on BOM optimization and component procurement.

When the robot design and CAD assembly was completed, the engineering team manufactured the robot’s prototype as part of EVT (engineering validation tests).

The robot’s ‘skeleton’ performed well in the EVT and the engineering team started to enclose the metallic parts of the robot with plastic covers as part of DVT (design validation testing). The team decided to first use 3D printing (both the FDM/SLA technologies) to manufacture the covers to embody the industrial design. However, the DFM approach dictated the  the use of vacuum forming technology. Vacuum forming would allow the quicker and inexpensive manufacturing of plastic covers.

When the robot passed the DVT phase, the CAD models were updated and a full documentation package was developed by EnCata’s engineers.

When building up CAD from the design sketches, one should take special care when working with surfaces and fixtures. It is not always possible to engineer the curved molded surfaces in the same way they are initially stitched or rendered in programs like 3D MAX. 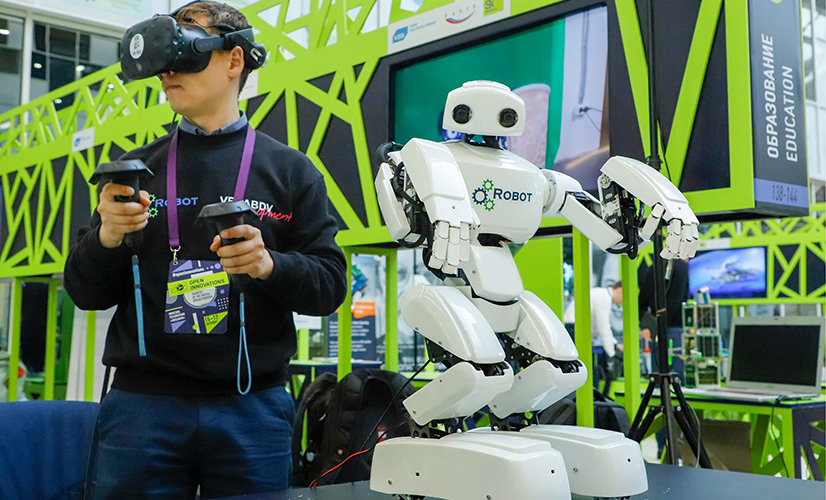 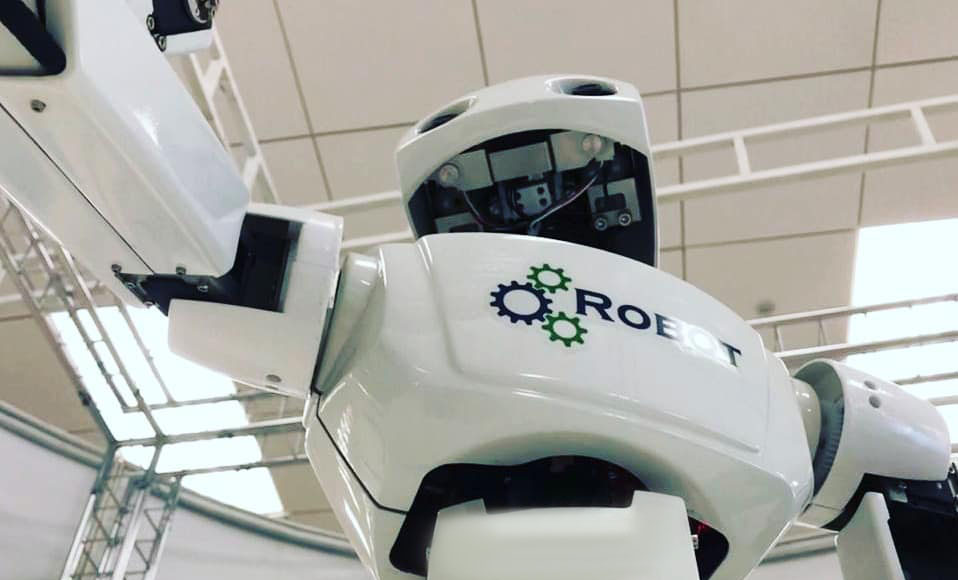 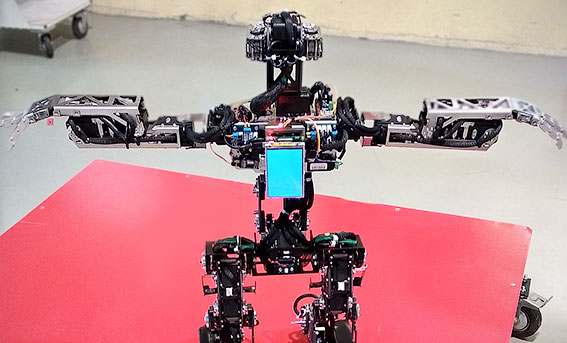 Overall, EnCata moved this project from TRL-3 to TRL-8, covering EVT and DVT phases and provided the client with the tested prototype and a complete set of drawings (production engineering documentation) suitable for both batch and volume production.

The robot is now used in high schools and colleges for advanced robotics and programming classes.